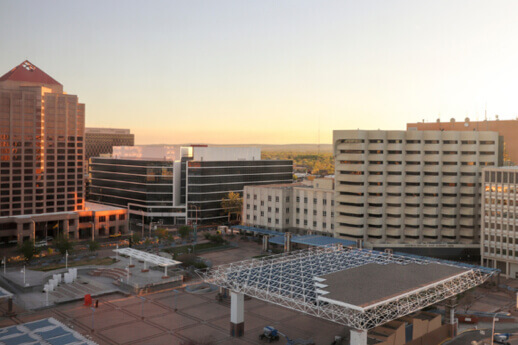 The City of Albuquerque is the municipal government of the largest city in the state of New Mexico. The City's 6,000+ employees serve Albuquerque's 559,000 residents through 26 departments ranging from Animal Welfare to Technology & Innovation.

Elire was engaged to perform hands on development of over 100 PeopleSoft Test Framework (PTF) scripts in City of Albuquerque's existing FSCM Environment, and 50 scripts in their HCM environment. Elire resources held workshops gathering requirements and transferring PTF knowledge to multiple groups within the organization. The Elire team also built queries and drill down Fluid pivot grids to help with reporting when executing batch shell tests.

One of the challenges encountered was the linking of highly complex Project Costing and Grants scripts. With the vast experience of Elire consultants, this challenge was overcome and now the City of Albuquerque group can build projects and test funds distribution in precise ways that were never before possible with manual testing.

The City of Albuquerque group can happily say that Success was Delivered, as they are now capable of testing in half of the time thanks to the automation that PTF brings to their PeopleSoft Life Cycle.