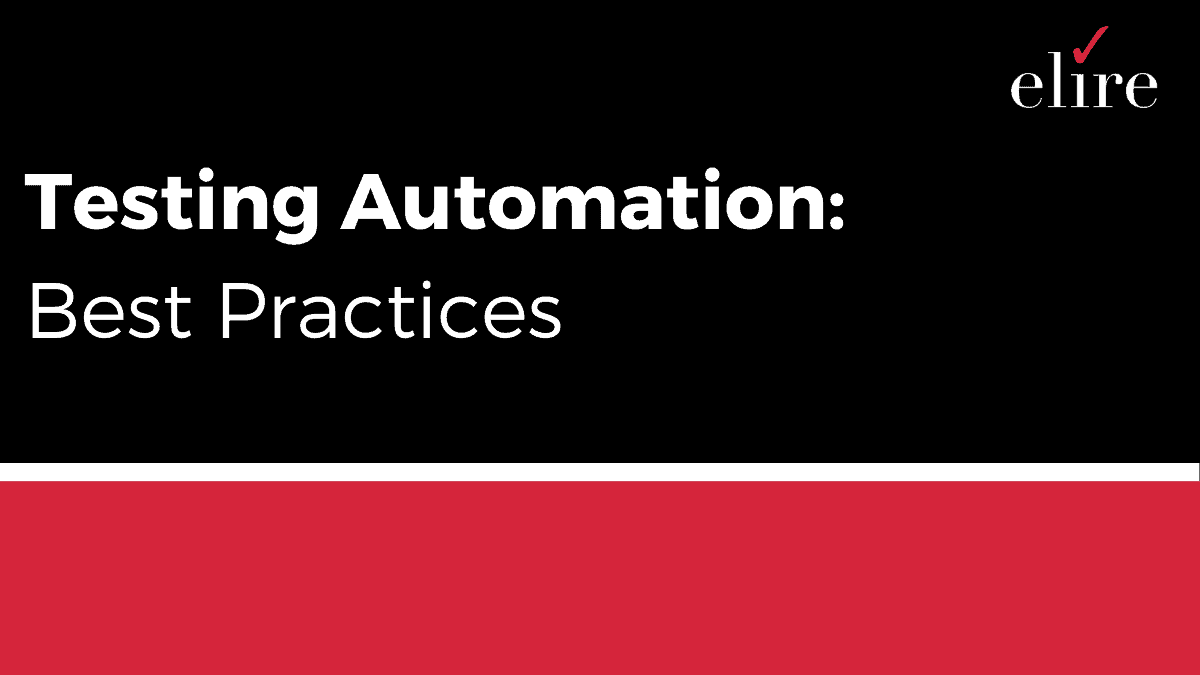 Testing is an important part of increasing overall software development efficiency after making updates or changes to your applications. Automating your testing process can save your organization time and money by accurately testing the tools you’ve built with increased efficiency and consistency. An automated test mechanism means that fewer internal resources spend time manually testing your product updates. Over the course of a project’s lifetime, this can make an enormous difference in your bottom line. Below, we will detail five best practices for testing automation to ensure that you are getting the most out of automated testing.

Close all programs other than your automated testing tool and your application browser during recording and execution of your software tests. Other applications – especially those that alert the user with spontaneous notifications, such as email and instant messaging programs – can interfere with your testing tools and application browser, thus causing unexpected results during record and playback. If this is not an option, standing up a dedicated lightweight virtual machine (VM) is another great alternative. Check with your IT department and inquire on the Windows or Linux licenses available then use Oracle VM Virtual Box to virtualize a dedicated test environment.

A critical best practice when automating tests is to make frequent recordings. It’s important to assertively record every test step from each test. This will drive as much information into the recorded test, giving you the most accurate results. After the initial recording, play your script back and check that it does execute the designated steps. Clone that version before you add any logic or variable declarations. Continue saving versions of each major change leads to better recording cycles since you can always go back and redo logic and major script changes.

Immediately after recording a test, review the recorded test data and correct actions taken inadvertently during recording, such as unnecessary or extra clicks on a clickable item (such as a check box), clicks on the wrong objects (such as links and images), or incorrect text entered into text boxes. This may also be a good time to evaluate whether you should incorporate reserved words and variables to replace static values that may be different when the test is executed.

5. Avoid Creating Tests and Test Steps That Are Duplicated Elsewhere

When multiple tests validate similar functionality, it increases the complexity of test maintenance and the amount of manual work necessary to add or change test functionality later. Follow these recommendations to help keep test duplication to a minimum:

By following these best practice tips you’re setting your testing automation tool up for success. For more information on automated testing particularly when it comes to PeopleSoft , check out this webinar recording for “PeopleSoft Automation – Testing, Data Entry, and Validation with PTF” available here.